MHC was incorporated in the Federation of Malaya on 31 December 1960 under the Companies Ordinances, 1940-1946 as a limited company under the name of Mah Hock Cheong Company Limited. On 15 April 1966 under the Act, MHC assumed the name of Mah Hock Cheong Company Sdn Berhad. MHC subsequently assumed the name of MHC Plantations Sdn Berhad on 9 July 1998 and thereafter converted to a public company under its present name on 21 August 1998. MHC has been listed on the Main Market of Bursa Securities since 29 November 2000.

In 2005, MHC acquired a strategic stake in another plantation listed company, namely Cepatwawasan Group Berhad (“CWG”), based in Sandakan. CWG is listed on the Main Market of Bursa Securities. CWG is principally an investment holding company, whilst its subsidiary companies are principally involved in the cultivation of oil palm, operation of quarry, milling, sales of oil palm products and power generation. Presently, CWG has approximately 28,000 acres of oil palm estates in Sabah.

In 2015, through a reverse takeover (RTO), CWG acquired Timah Resources Limited (“Timah”), a company listed on the Australian Securities Exchange (“ASX”). Timah was incorporated in Australia in 2007 and listed on the National Stock Exchange (“NSX”) in 2008. Subsequently, it was listed on the ASX on 16th September 2015. The company focuses on generating biogas renewable energy to meet the needs of society in a sustainable manner.

MHC is proud to contribute to sustainable growth within the Malaysian palm oil industry and maintain a strong environmental profile. We use residual wastewater (Palm Oil Mill Effluent or POME) from palm oil production to generate green and sustainable electricity.

The Group operates two biogas power plants that generate electricity by capturing the methane gas from POME instead of using fossil fuel, thereby mitigating the emission of greenhouse gases. There is Zero discharge to the river as the final discharge is to land application through a system of drip irrigation. 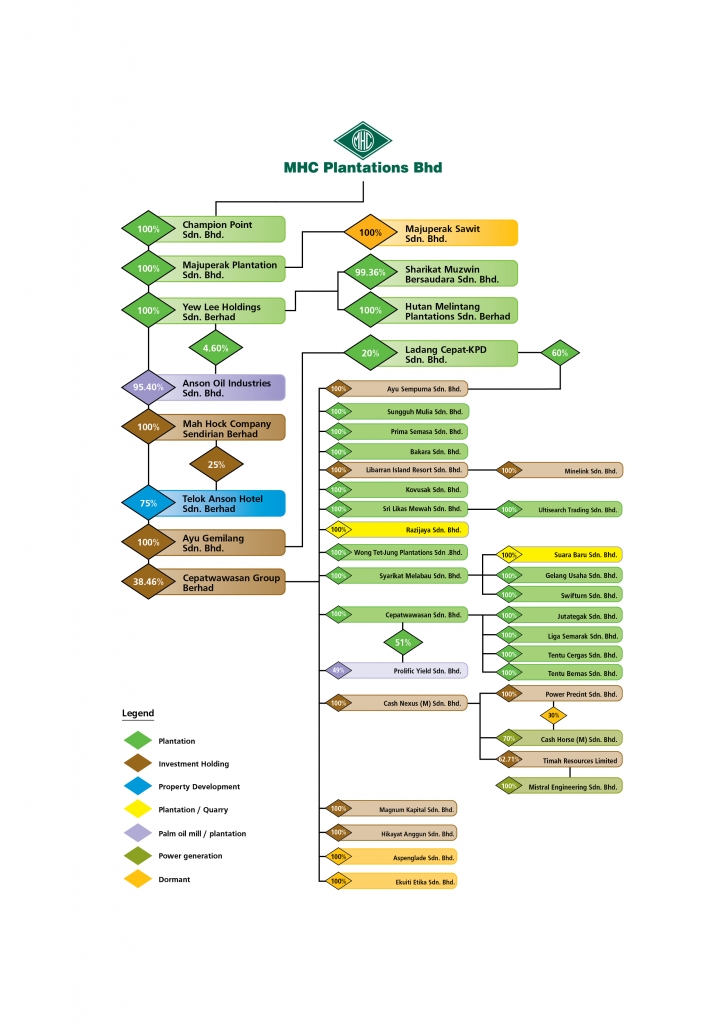