A well-equipped resource centre for Orang Asli finally became a reality, thanks to contributions from MHC Plantations Bhd. Pusat Kecemerlangan Pendidikan Orang Asli Perak (PKPOAP), or the Perak Orang Asli Educational Excellence Centre, is dedicated to serving the educational and community needs of the Orang Asli community in Perak.

The centre stands on approximately two acres of land and has a built-up area of 4,740 sq ft. It features rooms set up as kindergarten, computer lab, and library, classroom and office. Situated in the Orang Asli village of Kampung Kerawat, the PKPOAP is easy to locate along the Simpang Pulai – Cameron Highlands Road.

YOAP is a non-government organisation registered as a company limited by guarantee, with no share capital. YOAP’s objective is to promote various educational institutions from lower to higher level and to promote social, cultural and economic development of Perak Orang Asli. It was founded on 24th January 1995 by a group of Orang Asli committed to improving the quality of life of their community.

“PKPOAP is to serve primarily the nearby communities of about 1,000 Orang Asli Semai and Temiar living in the villages of Kampung Kerawat, Kampung Sinju, Kampung Sejam, Pos Raia, Kampung Lalang, Pos Slim and Kampung Pawong. However, the rest of the Perak Orang Asli would also be able to benefit from it,” said YOAP chairman Dato’ Suki Mee.

He thanked MHC Plantations for the generous donation to the Orang Asli community.

In furtherance of its Corporate Social Responsibility program for the Orang Asli Community, the Group has contributed RM150,000 to Yayasan Orang Asli Perak Berhad to build a hall known as “DEWAN PUSAT KECEMERLANGAN PENDIDIKAN ORANG ASLI PERAK (PKPOAP) SUMBANGAN MHC PLANTATIONS BHD”. The mock cheque was presented during the Opening Ceremony of Anson Oil Mill in the presence of the Minister of Plantation Industries and Commodities Malaysia, YB Tan Sri Bernard Dompok.

From Strength to Strength

In October 2011, UNICEF representative Mr Hans Olsen visited the Cepatwawasan-Humana Education Resource Centre (“CERC”). He was impressed to see the contribution of Cepatwawasan Group Berhad through the CERC to the children living in and around its plantation.

PKPOAP came about as MHC Plantations was building on its previous Corporate Social Responsibility (CSR) success in East Malaysia.

“Our associated plantation company Cepatwawasan Group Berhad had developed that education resource centre in Segaliud, Sandakan, which is very successful. And we feel that such a resource centre could also benefit the Orang Asli in Peninsular Malaysia,” he added.

Acting as the CSR-arm of MHC Plantations is Dato’ Seri Mah Pooi Soo Benevolent Fund. It was set up to ensure the company activities not only benefit its shareholders but also its employees, the community, and the environment.

Dato’ Seri Mah Pooi Soo Benevolent Fund is dedicated to the advancement of education and religion, relief of poverty and other purposes beneficial to the community.

Over the years, MHC Plantations and its associated and related companies have extended their CSR efforts to support numerous other causes including:

The Group is working with the Borneo Child Aid Society, Sabah (HUMANA) in Sandakan to provide basic education and care for children of foreign plantation workers, who are unable to enroll in the Malaysian national schools. The Group has constructed a hostel that can accommodate 40 to 50 students on a “gotong royong” basis with the local community in Kota Marudu, Sabah.

In furtherance of its Corporate Social Responsibility program for the local community, the Group has contributed RM200,000 through the Fund to a Mosque in Bandar Behrang for its renovation works during 2013. The Group has also built a new learning centre costing approximately RM200,000 for the children of foreign plantation workers, who are unable to enroll in national schools, at its estate in Beaufort, Sabah in 2013. 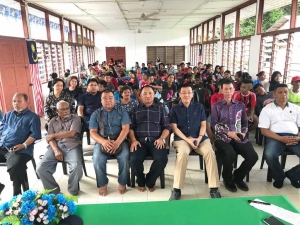 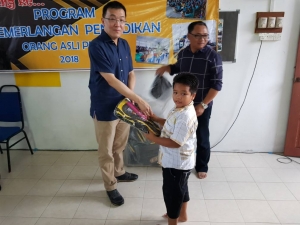 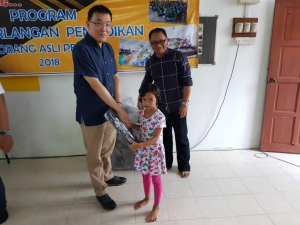 The Group sponsored the “Program Kecemerlangan Pendidikan Orang Asli Perak 2018” held at Kg . Chinggung, Bt.8, Behrang Ulu on Sunday 6th of May 2018. During the event, school bags and stationery were also presented to the participants by Tan Sri Dr Mah. 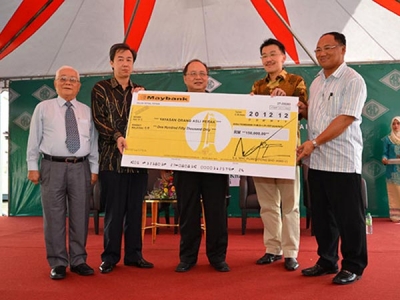 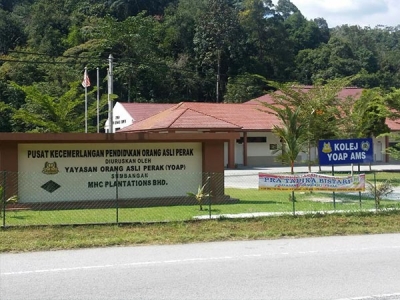 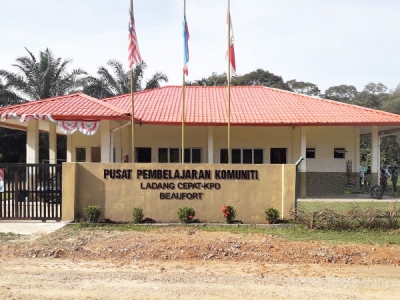